Between starvation and havoc in the fridge. All about Eating Disorders 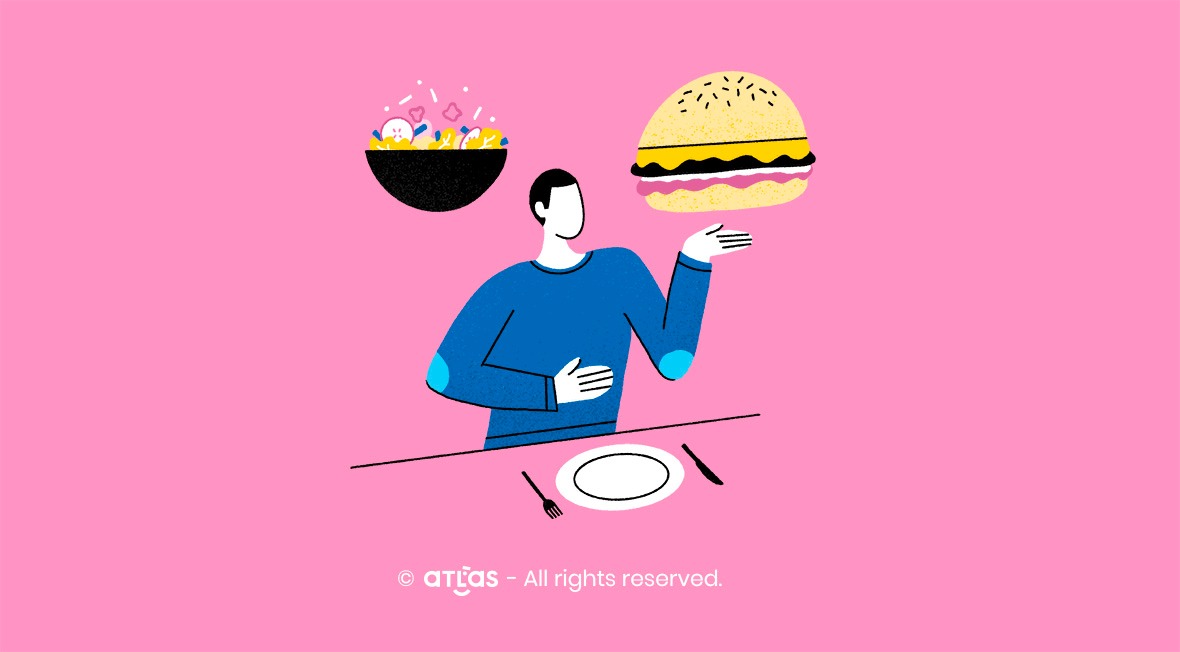 Eating disorders are complex conditions ranging from refusing to eat to compulsive eating. Eating itself is a necessary physiological act and, in appearance, simple. It comes with pleasure and with several nutrients that help us function in optimal parameters, physically and mentally.

It sounds simple, but when on the plate, you find only emotions and distorted images about yourself, slowly simmered in your mind, we redefine everything for you.

Eating disorders are persistent disorders of feeding or feeding behaviour, resulting in impaired food consumption and absorption, which has a significant impact on physical health and psychosocial functioning (according to DSM -5).

How does it all start?

How does the breathless devouring of a chocolate sound like, let’s say at 3 a.m.? Maybe, a menu meant to satisfy an exemplary family of 12? Sounds tempting, no?

However, if it coexists with the pleasure and temptation, an acute sense of guilt without a craving that does not leave you alone, or without a minimum of feeling hungry and all you want to look for is the way to the bathroom; when you look in the mirror seeing only defects, you need to talk to a specialist!

The pleasure on a plate, some days when we feel the need for more energy or the desire to eat foods that we like, can be influenced by many causes, and most of these are not physiological but instead emotional.

We seek to look at that emotion of anxiety or frustration in a way that affects our relationship with food. In eating and selecting food, several known factors can influence emotional consumption. These may be:

These factors can also influence emotions, mood, stress, or anxiety. Take the “pulse” of stress and anxiety levels by completing the DASS Scale.

How can we describe eating disorders?

We can describe an eating disorder as a problematic relationship with food and changed eating habits. Eating disorders can change the way a person reacts to food, and the body absorbs nutrients, severely affecting physical health, but also emotional state and social life.

A long-term eating disorder can be challenging to manage, but it is essential to understand that these eating problems are not just about food.

Papillae tell the brain whether or not it’s okay to swallow what you chew.

When your brain dictates that you don’t eat or eat to the brim and then have feelings of guilt to the point where you’re going to vomit, then we’re talking about a medical condition that needs to be treated by a specialist.

The same symptoms have been identified as in people with substance addiction (drugs, pills, toxic substances). We refer to craving = compulsive appetite and eating and compulsive use of substances. The similarity can be explained by the involvement in the appearance of feeding and substance-consumption disorders of neural systems (those involved in the reward).

They can relate to difficult things in your life, painful feelings that you may find difficult to express, to understand, to resolve. Focusing on food can be a way to “hide” these problems.

Signs that a person may suffer from some form of eating disorder:

The most common eating disorders

Anorexia nervosa (anorexia) is an eating disorder in which case people intentionally starve themselves. It causes extreme weight loss, at least 15 percent lower than the normal weight of the individual’s body.

Anorexia is not just a fear of gaining weight. There is an overestimation of the thin silhouette, which can lead to obsession (being the only subject of concern) and is accompanied by elaborate rituals related to food and physical exercise.

Bulimia nervosa (bulimia) is a potentially fatal eating disorder. People with bulimia can compulsively eat enormous amounts of food ( usually hidden), losing control of the food and the amount ingested, and then get rid of excess calories in unhealthy ways.

In the case of bulimia, there is a heightened fear of fattening and an overestimation of weight loss. A characteristic feature of bulimia is impulsivity, which leads to repeated diets in which high-calorie foods are ingested.

This disorder is characterized by episodes of recurrent episodes of compulsive eating – excessive consumption of food within a certain time frame, with a feeling of lack of control.

PICA disorder can affect adults, as well as children and adolescents. We find PICA in children, pregnant women, people with mental disabilities.

Rumination is a new food-related disorder accepted as a medical condition. In the case of rumination, affected people regurgitate the foods they have chewed and swallowed. Then chew it again, and then either swallow it or spit it out.

Rumination disorders can lead to weight loss and severe malnutrition, both possibly fatal.

Restrictive eating disorder (ARFID)- known as a “childhood and early childhood feeding disorder” was previously reserved for children under seven.

People with this disorder have an issue with certain smells, tastes, colours, textures, or temperatures or generally have a lack of general interest in food.

What are the main causes of eating disorders?

Usually, there’s no reason why anyone might develop an eating disorder. But it can all start as a result of a mix of factors:

These are all severe mental conditions. But, they are also treatable and, even if it can take a long time, full recovery is possible.

Psychological consequences related to hunger include depression, anxiety, panic attacks, insomnia, obsessive-compulsive disorder, irritability, loss of libido, as well as compulsive thoughts about food and/or stress, which may be a result of precursor to the onset of eating disorder.

As these feelings intensify, a person will create temporary solutions to get rid of increasingly pressing negative feelings by:

Suicide mortality rates among people suffering from anorexia nervosa and bulimia nervosa are estimated to be 23 times higher than that of the general population (Barraclough and Harris).

How do you treat an eating disorder?

Never do it alone, call a specialist!

The multidisciplinary approach, with a clear plan of nutritional rebalancing (established only by a nutritionist) and the method of severe physical problems that may arise by a gastroenterologist, is necessary for addition to therapy. This approach leads to the treatment of the disease and the control of relapses.

Treatment usually consists of monitoring a person’s physical health while addressing psychological problems that can be done through cognitive behavioural therapy or family therapy.

In addition to improved emotional control, it is also essential to optimize interpersonal communication and social behaviour, developing problem-solving skills.

Psychotherapy and medication recommended only by a specialist, make a good team in being the most effective method of successfully treating eating disorders of any kind.

If you don’t know who to talk to, book a free orientation session with the ATLAS team. The most important thing would be to find a comfortable alternative to the problems you face.

Eating disorders
Other articles you may be interested in