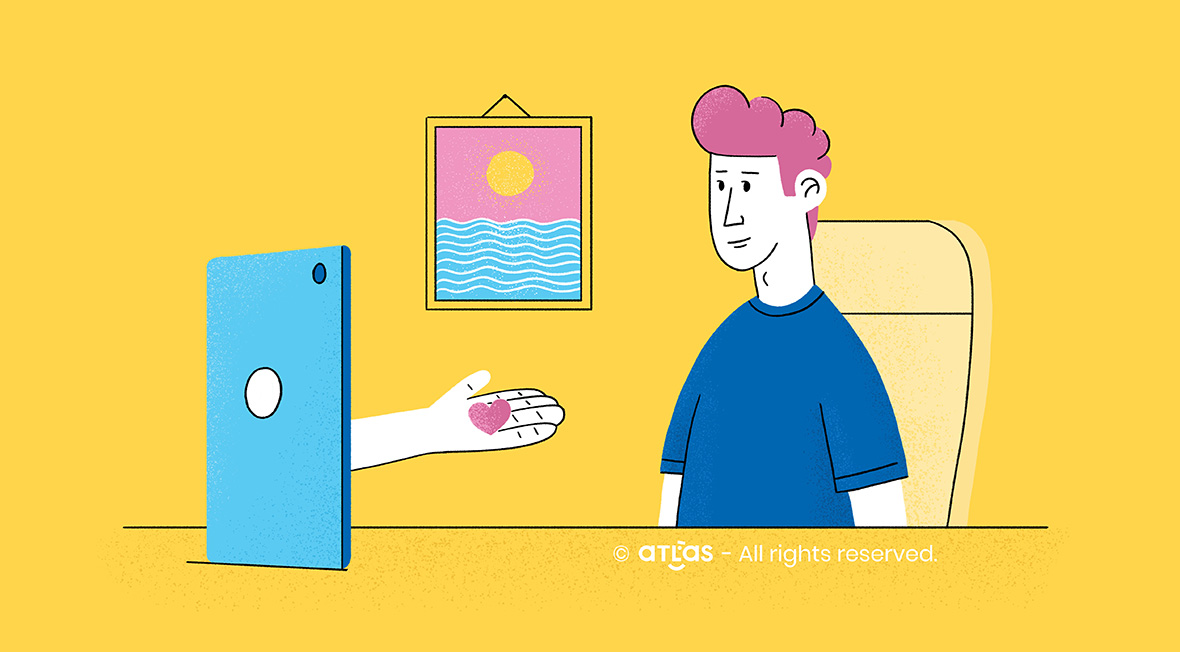 Telemedicine. The good sister of medicine as we know it? Half-sister for skeptics? The practical value of telemedicine has become undeniable during these times we are going through.

The pandemic has thrown us online at full speed. Children’s school, work from almost every field, from business meetings to those with grandparents have moved abruptly and compulsorily online.

What is extraordinary is that Telemedicine facilitates, more than ever, in these pandemic times, access to the doctor via the Internet, removing the danger of contamination.

Not to mention the fact that it offers the possibility, especially in the case of chronically ill patients, children, or older people, to solve from isolation health problems of significant diversity and variation, without the imminent risk of non-establishment or non-continuation of treatment.

We need help more than ever; we need to stay home, no matter what medical issues arise—Telemedicine suddenly becomes a helping hand beyond a screen. Telemedicine has a voice through specialists who can offer you a consult in the case of illness and all sorts of conditions that allow it, from home, without doing it at the expense of the medical act.

But how did we get here? A little history…

With a history directly related to that of telecommunications – the miracle of sending information at great distances, the telegraph appears not at all shy and extremely useful during the American Civil War. Military medical supplies were requested through it, human deaths were announced, but so many people bet on the fact that since then, the first medical consultations have been possible with the help of the telegraph😊.

And when it was almost thought that, “it doesn’t get better than this,” Mr Bell comes at the exact end of the 19th century, with what would fundamentally change the way information was transmitted: THE PHONE. Thus, doctors communicated easily by exchanging information and opinions in anamnesis and diagnosis.

Three, the magic number of moments in telemedicine:

The time machine is turned to the maximum, and we arrive in the 90s when the video transmission of all that meant medical information shortens the patient’s path to diagnosis and provides an assessment regardless of his situation and geographical positioning. In 1993, in America, is established what is still called the American Telemedicine Association.

Beyond the undeniable benefits of telemedicine during this period, there are also some generally valid for all online consultations:

Telemedicine does not come to replace the need for direct contact with the doctor, where the severity of the condition or situation requires it. It helps to facilitate and shorten the road to diagnosis, in conditions where going to the doctor’s office is not necessary or is not possible.

In an overworked and chaotic health system, telemedicine takes its educational role seriously.

In 2018, the Market study on telemedicine, carried out within the European Commission, noted:

The use of telemedicine is determined by both consumers, who are trying to take advantage of technologies that can improve their health and quality of life, as well as through support systems that are interested in providing quality services on a low budget. The need for this kind of services is growing.

About the role of telemedicine, with ATLAS!

ATLAS goes on to write its story, even at times like these, with significant changes in a specialist – client, physician-patient interaction.

The beginnings that outlined the route were with the thought of a Diaspora that at that time could not have access to certain online psychological counseling services, neither to a permanent connection with the specialist. But today, telemedicine is crying out its advantages in a heightened crisis. More than ever, between option and necessary, is a short path facilitated by ATLAS with a lot of involvement.

Telemedicine is not a new thing. It’s something some people have been dreaming about since a few decades ago. We at ATLAS have been dreaming but also working since 2014. In times of crisis, innovation and adaptability to difficult situations are essential. At such a time, there is now telemedicine, which can help both patients and doctors. It’s an easy way to get a medical act directly from your home through technology. Efficient and properly used can be an essential resource for health systems that will reconfigure after the crisis caused by the COVID-19 pandemic.

Doctors or patients, make technology an ally and prepare ahead of time:

Also, for online consultations, do in advance:

Connected to the diverse needs of these times we are living, ATLAS brings to your home licensed and verified Specialists. The story goes on. ATLAS specialists are here all the time if you need help. You can find them just a click away or by calling ATLAS Help Line – 031 630 2020, a free 24/7 phone line.